More information about the artists

I've made separate pages for each artist so you can read more about them. You can also see exactly which Jan van Haasteren puzzles have been drawn by which artist:
1. Dick Heins

In 2023, the Jan van Haasteren Studio will be 10 years old – so Jumbo takes the year of foundation 2013 (not 2014) as a starting point. How is this anniversary celebrated? There will be a JvH Studio exhibition City museum Harderwijk. This exhibition is called: “All kidding in a piece!”. The exhibition can be seen from May 2023 to early January 2024.

As of January 26, 2021, there has been an update in the house style of the Jan van Haasteren puzzles. From now on, the designers of the puzzle will be placed on the sides of the puzzles. What does that look like? For example: 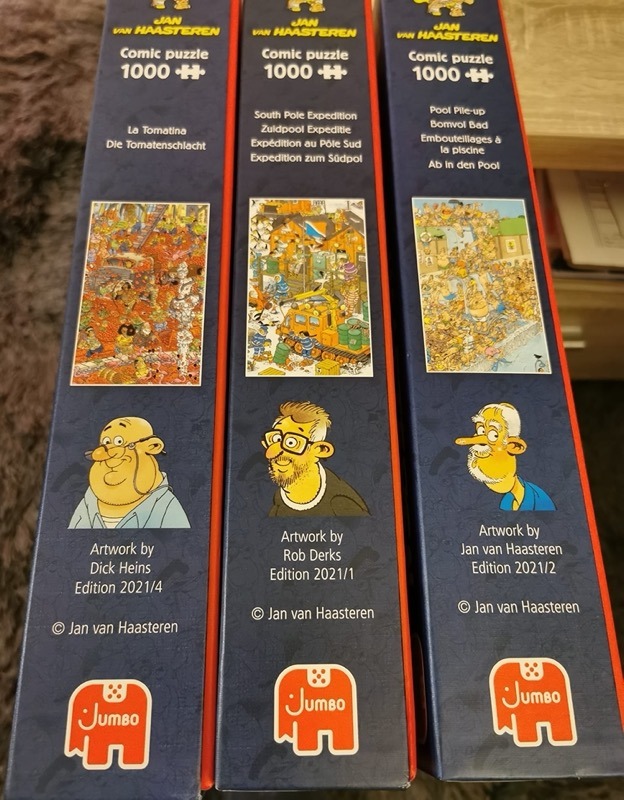 Update: as of January 26, 2021, the fixed recurring elements are on the back of every box

since the whole box has changed in look-and-feel, now also for the first time the fixed recurring elements are explained on the back of each box. That was unknown to many people. It's really nice that names and explanations are included. I've made a whole list of fixed recurring elements in each puzzle. On this page you can see what Jan van Haasteren hides in every puzzle.
Image 1 on the back of the box – the persons or characters or figures that appear in almost every puzzle. Above it reads 'Members of the Jan van Haasteren Family': 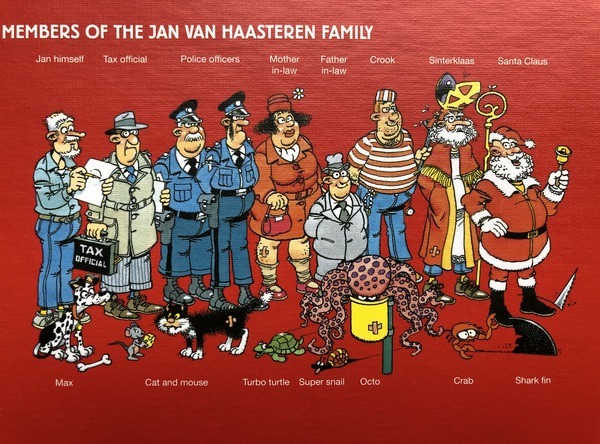 Image 2 on the back of the box – the 3 artists of the Jan van Haasteren Studio, you have a little idea of ​​what they look like. And did you know that these artists also regularly draw themselves in their puzzles, or each other? Also take a look at this page 'fixed recurring elements': 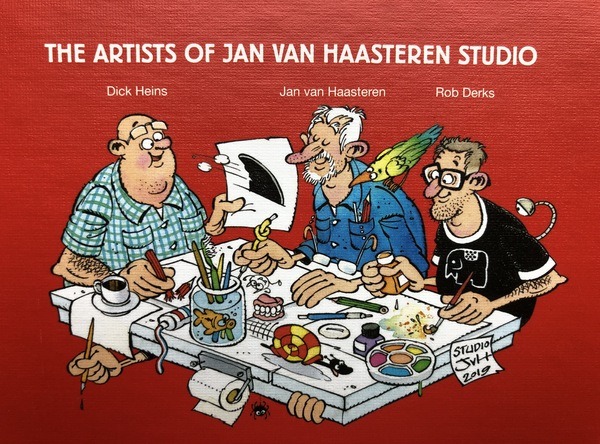 Update: as of April 9, 2022, all Jan van Haasteren puzzles have become sustainable

– What is more sustainable about this puzzle?
Until now, the puzzle that comes in the box has always been packed in a plastic bag. As of April 9, 2022, Jumbo will switch to puzzles in paper bags in the box with the Jan van Haasteren puzzles. Nice action!
All sustainable features summarized:
– All puzzles will be made from 9% recycled cardboard from April 2022, 100
– The plastic shrink film that normally fits tightly around the puzzle has been replaced by two stickers; with these two stickers the lid is attached to the box of the puzzle
– The plastic bag containing the puzzle pieces has been replaced by a paper bag
I made a video of the new box. I got the brand new box when I got the puzzle'Fair of the future' ordered:

NB: the two stickers around the puzzle do cause a problem: if you want to remove these two stickers from the puzzle box, you almost always damage the box, you tear off a piece of the box. And that is very annoying. Solution? Options: Take a potato peeler and cut the two plastics in half and leave them attached to the box. They are transparent, so you can't see it.

What does the number on the side of a puzzle box mean?

There is often ambiguity in the various forums on the internet about what the number on the side of the puzzle box is. We're talking about this number: 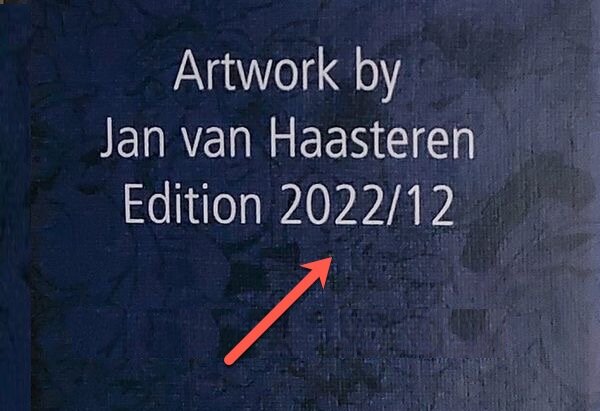 Sometimes this number is sometimes confused by people with the puzzle number. They then think that this number is the number of the puzzle. That is certainly not the case; all puzzle numbers of the Jan van Haasteren puzzles can be found on this page. What it also isn't is the month the puzzle came out. Because sometimes a box says 2021/16, for example. that is not possible because there is no 16th month.
But what is the number? It is the 'umpteenth puzzle' that was released that year. From the image above where it says '2022/12', that means it's the 12th puzzle released in 2022. In 2023, this count will start again with 2023/1.

What feature is on the puzzles: Studio JVH and JOH? 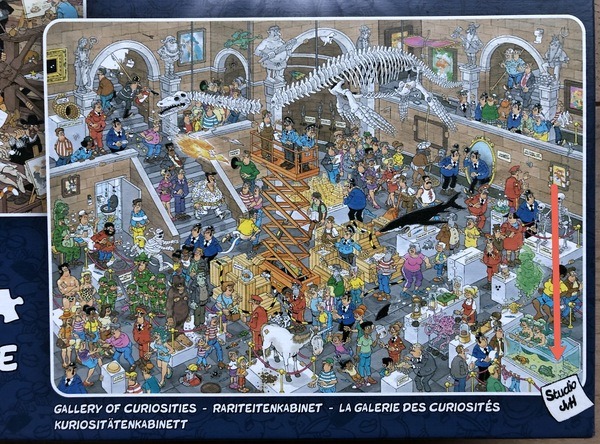 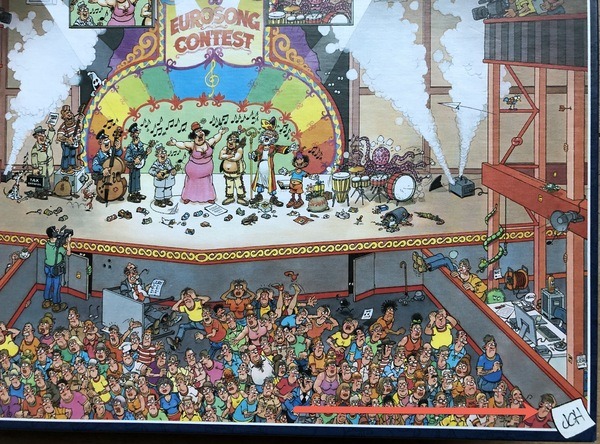 What do the abbreviations 'Studio JVH' or 'JOH' mean?